The best approach to treatment is the conditioning alarm. Bedwetting alarms work by setting off an alarm when your child starts to wet, waking them up so that they get up and go to the toilet. The alarm conditions the child to become aware that the bladder is full and they should now wake up and go to the toilet. It is not unusual for the alarm not to work at first and may take up to 6 months of constant use. Children may experience one or two relapses, when this occurs you need to reintroduce and repeat the process. There are many different alarms and it is important that you choose the right alarm for your child. And keep in mind alarms work best when children are motivated to become dry.

Bedwetting alarms are one of the most effective products on the market when it comes to managing nocturnal enuresis.

The reason they are so popular is because they actually condition your child to wake up when their bladder is full and are thought to be a positive step towards curing bedwetting, as opposed to simply managing it.

If your child is at least 5 years old and is motivated to stop bedwetting, a bedwetting alarm is the most successful solution for accelerating them in their journey to dry nights. Bedwetting alarms are constantly advancing in their technology.

With the right alarm and a positive and consistent approach, you and your child could be saying farewell to the natural, yet sensitive phase of bedwetting within a few short weeks.

HOW DO BEDWETTING ALARMS WORK?

Bedwetting alarms are designed to sound when their sensors detect the first drop of urine. Your child will then (hopefully) wake up to the alarm, take themselves to the bathroom, and finish urinating in the toilet.

The theory is that after six to eight weeks of use, your child will be able to wake without the alarm or have enough bladder control to hold it until morning.

Around 70% of children become dry during treatment and nearly 50% achieve nighttime continence after treatment completion.

Bedwetting alarms are more successful in motivating children who are at least five years old. Discuss how the alarm works with your child and make sure they are happy and comfortable using it.

If your child is a deep sleeper, you may have to help them wake up to the alarm when they first start using it, but they should be fine after a week.

All bedwetting alarms are based on the same principle. They work by setting off an alarm when your child starts to wet the bed, waking them up so that they can get up and go to the toilet.

Over time this supports your child to recognise when their bladder is full during the night, so that they instinctively wake up instead of wetting the bed. At first your child may not wake up when the alarm sounds, so it is important that you wake them up when you hear the alarm go off to support them to get up and go to the toilet.

There are 3 different types of bedwetting alarms to choose from:

A wearable bedwetting alarm is designed to clip on to the shoulder of your child with a cord running down to the moisture sensor that can sit on top or underneath their underwear or pyjamas. When the sensor detects the first drops of wetness the alarm will immediately be triggered. Wearable alarms sound at 80db, which is usually loud enough to also wake up the parents. Most wearable alarms also have the option to be set to vibrate, which helps to wake the sleeper by imitating the feeling of being gently patted on the shoulder.

Wireless alarms are similar to wearable alarms, except that the alarm unit sits away from the bed and is connected to the moisture sensor via a wireless signal. Wireless alarms are great for heavy sleepers as they require your child to get up out of bed to switch off the alarm, which will support them to make their way to the toilet straight after. The volume of wireless alarm systems are adjustable, and can often be ordered with an additional alarm unit for the parent’s room if needed.

A bell and pad alarm is the original design of bedwetting alarms. It involves placing a moisture sensitive pad underneath your child while they are sleeping. Once wetness hits the pad, the alarm will sound. The advantage of a bell and bad alarm is that it is more comfortable for your child as there are no cords or sensors to wear while sleeping, but it can be far less effective than the wearable or wireless systems if your child rolls away from the pad during their sleep or doesn’t wet the bed enough for the urine to make contact with the sensor and sound the alarm.

Which features should you look for in a bedwetting alarm?

Two-step turn off – it is important that your child’s alarm is reset after every bedwetting incident to successfully train them to know when their bladder is full. An alarm with a two-step process not only sounds when it detects moisture, it will also be triggered if it becomes detached from your child’s clothing. This reduces the risk of your child accidently pulling off the alarm during the night, or switching off the alarm and going back to sleep while they are still wet.

Underwear choices – some products come with moisture sensors built into their own specialised underwear, while other alarm systems are designed to be placed on your child’s own underwear or pyjamas. Some kids prefer the comfort of wearing the bedwetting alarm underwear, while others prefer to wear their own. It is entirely up to personal preference, but if they do prefer to wear their own, tighter fitting underwear and the correct placement of the sensor is essential.

Ongoing support – many companies and or suppliers offer personalised support via phone and email to support you and your child to utilise the bedwetting alarm correctly. 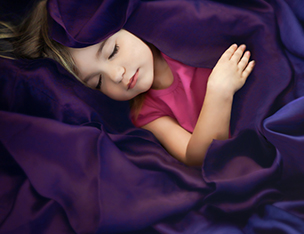 During an alarm-based program it is important to maintain a consistent and positive approach and support your child to be as independent as possible. Set up a night light to support their way to the bathroom, lay out some fresh pyjamas and sheets together and make setting the alarm a part of every bed time routine.

Although it may involve some time and patience, you may all be saying goodbye to interrupted sleeps sooner than you think. 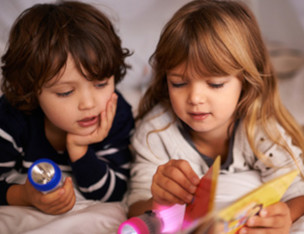 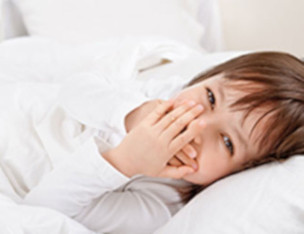 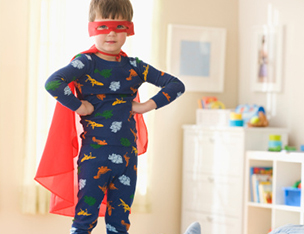 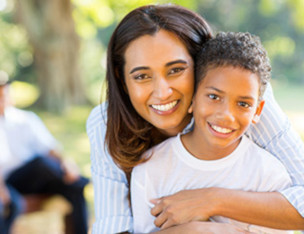 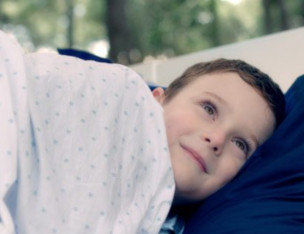 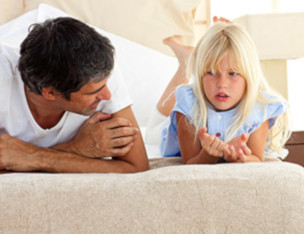 How do I talk to my child about bedwetting?

DryNites® Bed Mats combine the security of a bed protector with the convenience of a single-use disposable cover.